Nova wonders where we might be by 2010. Considerably more imaginative than Nokia!

Lifelogs & Personal Portals All information about a person and their experiences is automatically logged for their personal use. Semantic routing of content delivers relevant information to interested parties automatically. Everyone gets their own portal.

Communities spontaneously emerge and self-organize around memes (hot topics). Communities are decentralized; no longer hosted in any single location or controlled by any single service provider.

Schools in West Lothian could become the first in Scotland to rule out mobile phone cameras in the playground if council leaders agree to a ban.

There is concern over the use of mobile phone cameras to take pictures of pupils without their permission.

The ban is being proposed in the interests of "safety, security and well-being". Council deputy leader Willie Dunn said the ban would deal with the challenge of new technology.

"We are proactive in addressing this issue in the light of new mobile phone technology and we believe we are acting responsibly," he said.

A rush to legislation is always worrying, and on this particular issue we seem to have a poor mix of hasty decision making and ill-informed thinking. That and a determination to resist progress that would make Canute proud.

You don't need to be that smart to see that miniature cameras with high speed internet access will soon be widely available. And banning something that you can't see is going to be awfully hard. And how do they propose to distinguish between a phone and a camera? A camera and a pendant? Convergence will make these sort of judgements rather fine...

Secondly, it will only take one instance where a child is held in danger because they weren't allowed a phone for this "rule" to look pretty shortsighted. Think of all the problems we have seen on exposed hills, on overseas trips, etc. Think of Columbine. What phones will now be available to summon help? Or are West Lothian seriously planning to maintain a list of "acceptable" phones - and some means to weed out those that fail to meet the "standard".

Thirdly, to whom will this "ban" apply. Will we allow teachers to carry camera phones? Head teachers? Workmen? Visitors? Who really poses the greatest threat to children: their fellows or their caretaker? Society needs to accept that privacy does not often serve it well. And privacy in public spaces is a contradiction that West Lothian might care to reflect upon.

Finally, schools have a duty to support the technology their pupils bring to school. To use it to best effect. To provide educational services, learning opportunities, administrative support through that technology. There is enormous value in encouraging children to record, photograph and film their work, their activities, their art and their lives. So just maybe that camera phone is an opportunity rather than a threat.

I think what West Lothian really wanted to address is a "behavioural" issue rather than a technological one. And that will require a rather more thoughtful approach than a simple ban.

Students at an Iowa college can forget the quintessential experience of pulling all-nighters at the library poring over stacks of books.

The Des Moines Area Community College's West Des Moines campus is the newest of the college's six branches. It opened last fall with the mission to collaborate with companies to beta test education technologies.

Instead of a library, the school has a resource center equipped with computer workstations that can access the Web, e-books and online journals. The resource center also houses several meeting tables, audio-visual materials and a few paper magazines -- but no books.

This fall, [2002] the paperless program expands to include all technology courses and some business and liberal arts courses. All of the students concentrating in tech fields such as network administration and information technology are required to have their own handheld. Campus Dean Tony Paustian estimates that over half of the campus community will be totally paperless this fall.

"Hopefully within a year [by 2003], we'll have the whole campus paperless," Paustian said.

The campus has its own wireless infrastructure. Faculty use smartboards, which work like giant touch screens for professors to jot notes. Students can download notes from the board to their handhelds.

All data, including each student's work, is kept on the school's storage area network and is accessible through the Web. A memory module slides into the back of each iPaq and also stores student work that can be synched with a home computer or laptop.

Campus leisure activities are also tech focused. The campus provides several Xbox and GameCube consoles for student use. Students can check out games, and in the main student common area, the games are projected onto a large empty wall. The school holds regional gaming competitions every two months. 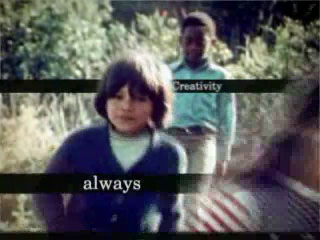 watch "Building on the Past": A Film by Justin Cone.

At the recent ALA Midwinter Conference, Roy Tenant of the California Digital Library referred to The Google Lesson: the number of results aren't as important as how the results are presented. He said that librarians and library systems vendors have historically put more emphasis on delivering the most results instead the most relevant results. Roy dropped another jewel that partially explained this phenomenon:

"Only librarians like to search; everyone else likes to find."

Next time I'm asked what my role as Head of Digital Strategy actually involves, I'm going to point people at THIS.

Carbon found to be older than the Solar System

For the first time, researchers have identified organic material in interplanetary dust particles (IDPs), gathered from the Earth's stratosphere, that was made before the birth of our Solar System.

The material was identified on the basis of its carbon isotopic composition, which is different from the carbon found on Earth and in other parts of the Solar System. Isotopes are variations of elements that differ from each other in the number of neutrons they have, making them similar chemically but different physically.

Christine Floss, Ph.D., senior research scientist in Earth and Planetary Sciences and Physics at Washington University in St. Louis, said that the organic material in the IDP she and her colleagues analyzed probably was formed in molecular clouds in the interstellar medium before the formation of the Solar System. The isotopic anomalies are produced by chemical fractionation at the very low temperatures found in these molecular clouds.

"Our findings are proof that there is presolar organic material coming into the Solar System yet today," Floss said. "This material has been preserved for more than 4.5 billion years, which is the age of the Solar System. It's amazing that it has survived for so long."

The world-famous British Pathe archive is using Apple technology to adapt the first digital news resource of its kind, so that schoolchildren can download high-resolution, original footage of the Titanic, the D-Day landings or The Beatles, and use it to bring their school projects to life.

The Pathe archive is a vast collection of photographic and cinematic footage which was founded in Paris in the 1890s by moving image pioneer Charles Path. The British archive was set up in London in 1902 and now houses more than 3,500 hours of video and over 12 million still images, covering topics as diverse as politics, sport and fashion; and although most consumers and organisations have to pay a small fee to access the recently-digitised high-resolution files on the British Pathe Web site, English schools can access them for free.

Peter Fydler is director of marketing at ITN archive, which currently runs the archive. In 1998, as commercial director of British Pathe, he initiated the grand scheme of converting the entire collection into digital format. "We wanted this incredible archive to be available to as many people worldwide as possible", he explains. And now, the entire archive is being re-encoded into QuickTime format so even more people will be able to benefit from the unique historical resources therein.

In 2001, thanks to funding from the New Opportunities Fund, Peter initiated the first stage of the project, making the content available in Windows Media Player format. "QuickTime 6 is far superior", he explains, "but it wasn't released until Spring 2002. So when we started the coding in 2001, we had to go with Windows Media 8". However, when Microsoft opted out of supporting the emerging cross-platform MPEG-4 standard on which other vendors - including Apple and Real - were basing their next generation technologies, the die was cast, and Pathe turned to QuickTime.

The silicon chip RFID blocker tag has been developed at RSA Laboratories in Bedford, Massachusetts. It works like a normal RFID chip but prevents tagged goods or people being tracked by scanners after a purchase has been made.

By mounting a denial of service attack on a RFID reader, the "blocker tag" removes the reader's ability to capture the unique code it would usually be able to probe.

Privacy concerns have so far stalled the widespread adoption of the tags and RSA believes the new blocker tag will make using RFID more acceptable.

"Most people think either you get privacy or convenience but you can't have both," says Burt Kaliski, director of RSA Laboratories. "We believe you can have both with a blocker tag."

RFID tags are computer chips that broadcast a unique 96-bit code when contacted by a reader that also powers them. Manufacturers and shop owners prefer them to barcodes because they uniquely label individual items, rather than just product types, and because they can be read remotely and in high volume.

But privacy advocates say that ubiquitous tagging will allow advertisers to track the intimate shopping habits of consumers. Storing this information along with the RFID codes of items that customers carry with them would allow advertisers to target individuals - a gross intrusion of privacy, they say.

The solution, says RSA, is for consumers to carry a RFID tag that has been programmed to flood the reader with responses, instead of beaming back one unique code.

A reader works by moving through each bit in the 96-bit string and probing whether any tags present have a 1 in that position and then whether they have a 0. When tags have the digit that is being queried in the correct position, they respond with a signal. Otherwise they remain quiet and the reader moves on to the next bit in the string.

The reader quickly runs through the possibilities based on these signals and can almost instantly record the presence of a large number of unique tags.

But a blocker wreaks havoc with this system. Instead of waiting for the queries that are specific to its 96-bit string, it answers every query, preventing the reader from moving on to the next bit.

Good to see my old profession is still in business... Electronic Warfare reaches the High Street!